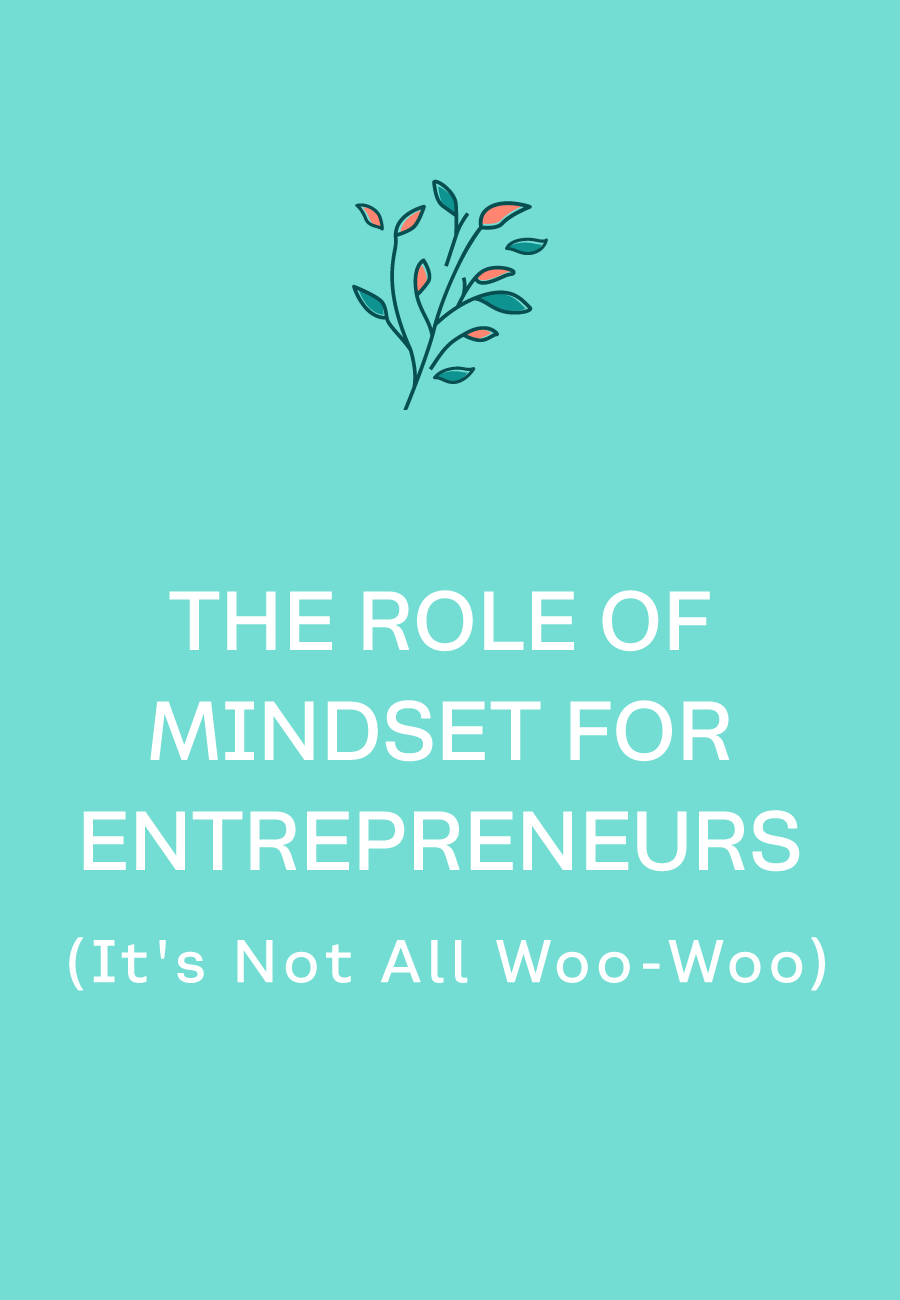 Does the term mindset strike you as woo-woo? Do you have a hard time connecting with mindset when it comes to your business? If the answer is yes to both of these, than I want to share what I learned from the book, Switch: How To Change When Change Is Hard by Chip & Dan Heath.

First of all I’m not saying certain approaches to mindset or tactics around mindset are right or wrong. It’s all about the approach that gives you the mindset that keeps you motivated and on track for your goals, PERIOD. I think that approach looks different for different people. For me, it’s hard for me to fully identify with envisioning myself rich or asking the universe for x amount of money or chanting a mantra associated with a goal. My mind works better with more concrete/scientific approaches. Reading Switch helped me to better identify with invoking mindset.

Change is influenced by…

Identity plays a major role in nearly every change situation, so let’s talk about how that impacts you becoming an entrepreneur.

If you go from working day to day for someone else showing up at X time, working in X location having X expectations of performance with a defined role, moving to being your own boss is going to be a huge change.

This means you have to fully embrace your new role to make an honest go at it. And the thing is yes, it might not work, you might find that identity simply does not suit you and you would rather be an employee, or consequences might be stronger and going back to work and having a steady income makes more rational sense. But when starting your business, stepping into the identity of a boss can play a big role.

If you find yourself struggling with motivation, keep the next quote in mind. Because basically starting a business from scratch is a ton of change that keeps changing. It requires you to to grow and expand in so many ways, and over and over again.

“Change is hard because people wear themselves out. And that’s the second surprise about change: What looks like laziness is often exhaustion.” (Switch by Chip & Dan Heath, chapter 1, page 12)

How Is Your New Identity Effecting Your Decision Making?

“…research of James March, a professor of political science at Stanford university. March says that when people make choices they tend to rely on one of two basic models of decision making: the consequences model or the identity model. The consequences model assumes that when we have a decision to make, we weigh the costs and benefits of our options and make the choice that maximizes our satisfaction….The identity model of decision making, we essentially ask ourselves three questions when we have a decision to make, “Who am I?, What kind of situation is this? What would someone like me do in this situation?” (Switch by Chip & Dan Heath, chapter 7, page 153)

Think of the above statement in terms of the fear mindset and how it can play a role in decision making when it comes to your business. If you are making all your decisions from a consequences model (ie place of fear) than you may be short changing your business. If you use the identity model of decision making than you are more likely to make decisions that could result in bigger leaps in your business. If you use the identity model this might mean you making bigger investments or even just saying yes to opportunities you are scared of, because a “business owner would think that way” and you identify as a business owner.

Growth Mindset Is Important Because…

“If you want to reach your full potential, you need a growth mindset” (Switch by Chip & Dan Heath, chapter 7, page 164)

The other important lesson about adapting a new identity is that you are likely to face failure. Embracing the identity may happen quickly but living up to it can be challenging, and you are likely to to feel like an impostor. You can’t expect to become a successful entrepreneur without encountering setbacks and failures, wrong decisions, and wasted avenues. Beginners cannot expect to achieve mastery without missteps, but often times as business owners we have this idea that successful business owners just stepped into that role and climbed straight to the top. The path is much harder than that.

~In Switch, a study of the growth mindset is outlined, where a middle school study group was split into two groups. The first group focused on the “brain is like a muscle” to help develop the growth mindset and the other group only got study skills. The growth mindset group were encouraged to believe that you aren’t A or B, but that you can make yourself into B if you just keep working through the failures. The group who received the “brain is like a muscle” training saw much better results than the group that only received study skills. (Switch by Chip & Dan Heath, chapter 7, page 165)~

“The growth mindset, then, is a buffer against defeatism. It reframes failure as a natural part of the change process. And that’s critical, because people will persevere only if they perceive falling down as learning rather than as failing.” (Switch by Chip & Dan Heath, chapter 7, page 169)

Do you know that feeling when you first start a project? You are so excited and ideas are flowing and it’s all pouring out of you? But then you hit a wall or you let self-doubt creep in, or you read an article telling you something that makes your idea seem not so shiny. Mindset can be used to break through that wall, to keep you energized.

Mindset can help you battle challenges and keep coming back for more.

I personally struggle with mindset when it comes to learning new skills and facing failure, but that does not mean I can’t work on it. Here are a few rationals I try to keep in mind (mindset) when faced with frustration:

A few things you need to let go of to embrace the growth mindset:

The above three can lose you valuable time in finding your path to business success. Very few first time entrepreneurs get it right from the start, they change industries, they change businesses and they change offerings. It’s all about figuring out what works.

Embracing Mindset, How One Book Made It More Accessible

If you are struggling with the concept of mindset, but can’t quite figure out what is holding you back in your business, I recommend you give Switch a read. While most of the book, is more corporate/leadership/management focused, read it with a open mind to how could this apply to your situation and I think a few lessons can be learned you can apply to your solopreneurship.

If you want to work on your mindset, check out these 10 podcasts episodes to help you get started.

This post contains amazon affiliate links which means I get a small fee if you use that link, and I get to buy more books!